The Milwaukee, Lake Shore & Western RR arrived in what is now downtown Land O' Lakes around 1883. At the time there was no sign of civilization in the area of downtown Land O' Lakes, but within a few years, ambitious capitalists built a sawmill on Mill Lake a couple of miles west of downtown. By the early 1900s there were dozens of miles of logging railroads in Vilas County in the area between Bent's Camp and Phelps. Reseach is currently underway using GPS and digital mapping technology to try to re-create the logging-railroad landscape of that era. Paul McLeod is currently working on this project, and the topographic map (shown below) of the Black Oak Lake area shows the trace of the remains of the Brown Brothers Logging Railroad built around 1900 to transport logs from this area to the Donaldson sawmill (and later to Rhinelander mills). 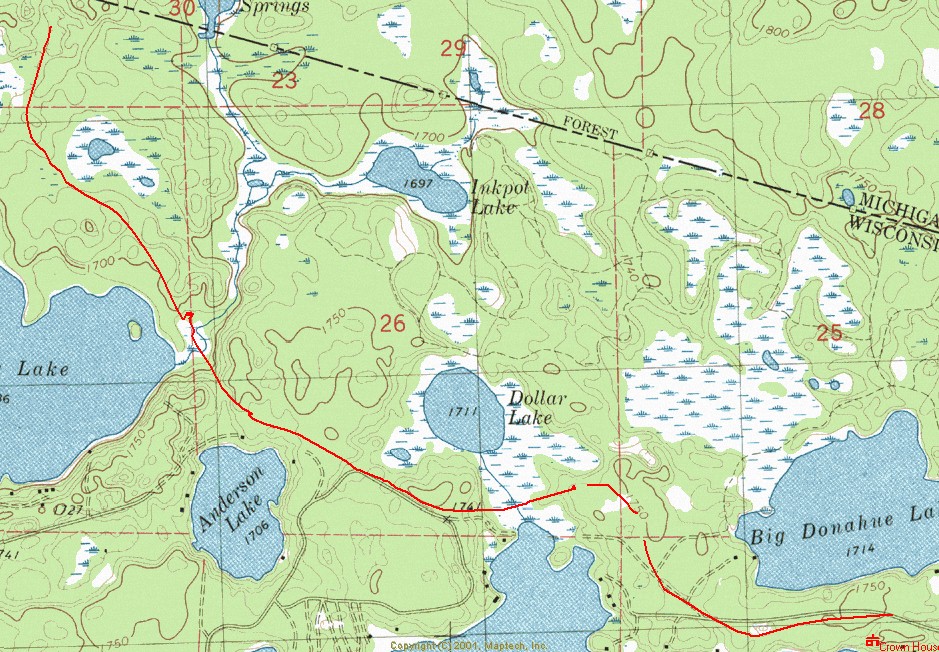