These murals were discovered during the July, 2000 demolition of the old community hall. The hall dated to 1926, but the murals appear to date much later, probably to the 1940s.

Local artist, Lucien Kopf painted the murals. He arrived in Phelps, WI following WWI to recover from the effects of a wartime mustard gas attack. They are painted on 4' X 8' sheets of plywood, and they are framed with white cedar bark. If you want to get a closer look at the murals, they have recently been placed on display in the lobby of the Land O' Lakes Post Office.

There are still a number of unanswered questions about the mural. Why were they painted? Who commissioned them? Why were they placed in the community hall? Why were they covered-up? If anyone has any information, please contact the Land O' Lakes Historical Society. 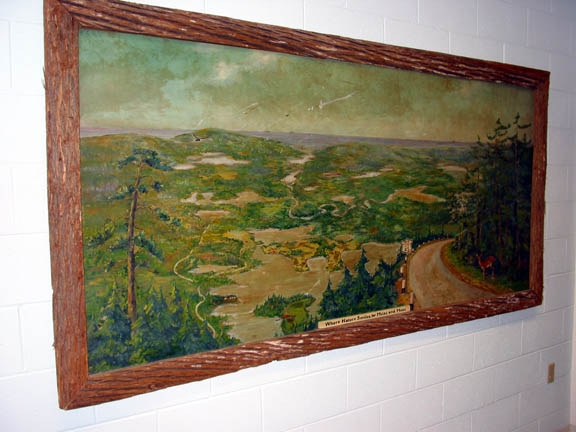 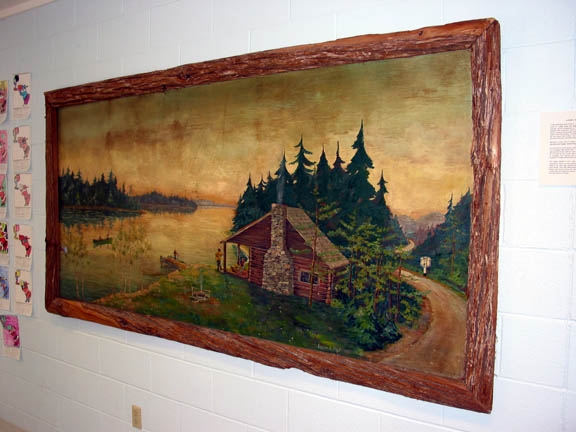 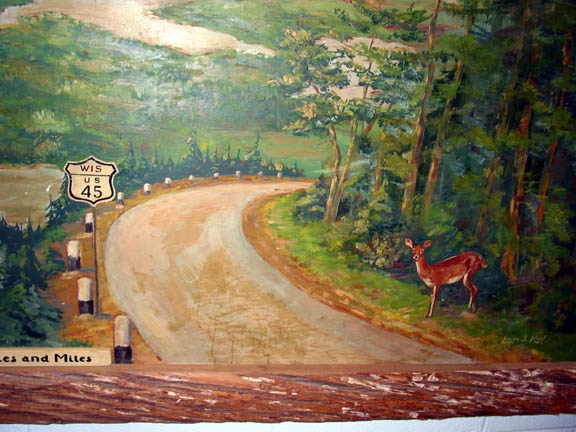 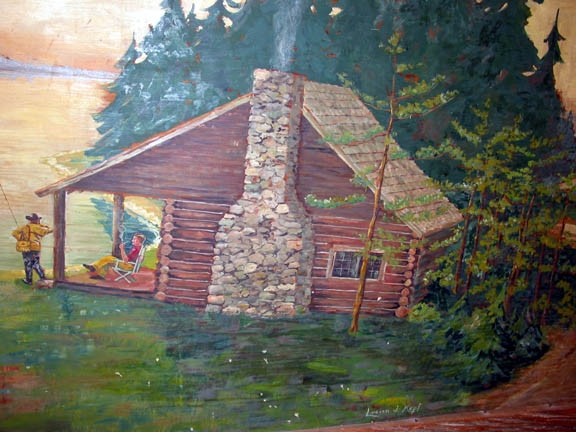 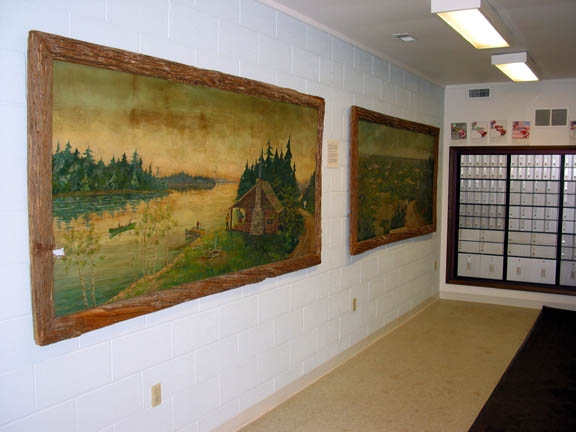